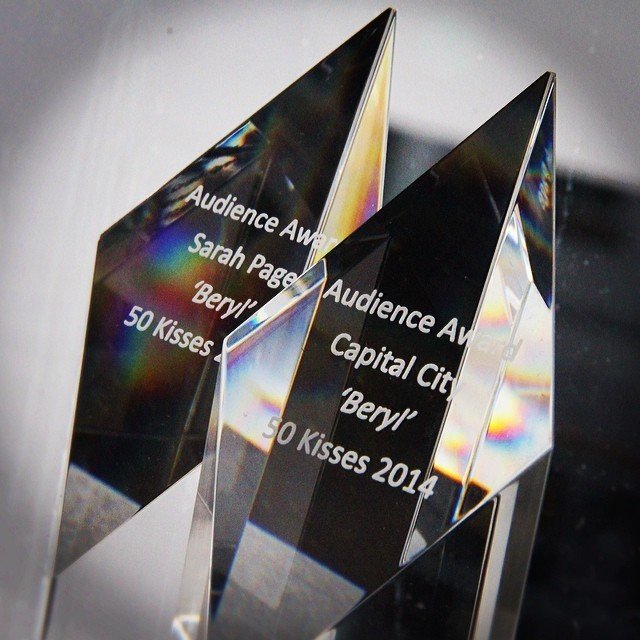 As we package up the audience awards for 50 Kisses, it has caused me to reflect on the strengths of the winner, ‘Beryl’, written by Sarah Page and made by Capital City.

What struck me at the premiere was just how much the audience loved the film. I knew it was good, but I wasn’t prepared for how people really connected with the characters and how the gags made them laugh…

This version of Beryl was also one that was recut – you can see there before and after recuts, plus notes below – it’s really worth checking out.

If we do another Create50 then I suspect comedy or humour may well play a part. So congrats to Sarah and Capital City on an award well deserved.

The power of editing never ceases to amaze me – actors, writers, DPs, designers, all offer incredible contributions to a story, but it’s the editor who takes that heady cocktail of ideas, creativity, drama, misfires, failures, surprises, technical problems etc etc that happened on set location, and makes it all work as best it can. This is a process that requires tough choices, reflection and an unwavering dedication to the audience.

In the 50 Kisses process, I can pretty much say that 98% of the films submitted needed some work – and some films needed a lot of work.

Not all the filmmakers have engaged with the open process we created, of getting feedback from us, as well as the crowd – and I have to tell you, there has been some extraordinarily valuable feedback left on the website by other filmmakers (the crowd) – so some film makers have, in my view, missed a great learning experience.

By example, one film I felt needed work was Beryl by Capital City Films. Below is the film that the filmmakers submitted as a completed, final cut. Give it a watch now, from beginning to end and then read on.

So what did you think of the film? Take a second to write some bullet points. Stop reading now and come back after you have made your list.

Now here’s what we thought and left as public feedback.

Does your list chime in with ours? And here is the re-cut just submitted.

What do you think? Does it chime in with your notes and observations?

For me at least, this is a huge improvement. It shows great courage by Capital films that they were willing to engage with the process publically – and for me, the benefit is that the film is much stronger.

So why did the film makers even submit that first edit?

The terrible truth is that we all loose perspective. That’s why we need feedback AND to take a break from the edit so that we can see it with fresh eyes when we come back to it.

So the real lesson here is to get feedback on your work BEFORE announcing it is completed – and give yourself enough time in editing to get it right.

Remember, your film will only ever be viewed by ‘that-important-person-you-have-been-chasing’ just the ONCE. Make sure that it’s the very best that it can be.