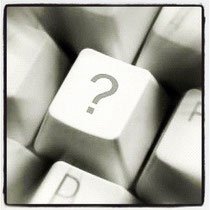 One of the most powerful lessons I ever learned was that when someone doesn’t get what I am communicating, it’s not their fault, it’s mine. 100% my fault, and 100% of the time.

I get it, when someone doesn’t understand what you are saying it’s REALLY frustrating and annoying.

But it’s still your fault.

This is just as true with screenplays and movies as it is with real life interaction with people.

If I am writing one thing but the reader is reading it in a different way, they might as well be reading something else. I mention this as we are going through the rounds with some of the writers in 50 Kisses. A couple of the writers have resisted the development notes offered, suggesting it’s perfectly clear what’s written on the page. Obviously it’s my fault and my reading teams fault for reading it wrong.

The job of a screenwriter is to carefully and expertly navigate a path through the world they have imagined – and that path is that story. One that has been crafted by an immense amount of research, development, writing, rewriting, testing, redraft and so on… Nothing is unintentional, even if it appears on first read / viewing to be that way.

To the viewer, of course the story should look like it isn’t on any predefined course at all, that it could change direction any moment, that anything could happen right now… how is it going to end? The story should be an unfolding and compelling mystery that is a joy to experience.

And when you get to the end, the writer and filmmaker should be skulking in the shadows, eavesdropping and enjoying how the master illusion that they created actually ‘did the trick’. And if it didn’t work, they should be even more interested to find out why it failed, so they can improve on their next story, their next ‘illusion’.

And illusion is the right word because great stories are like real magic.

That’s why I am perplexed when some writers resist notes. When I offer feedback on a virgin read, it’s not that I want to make them wrong. It’s not that I am right. I am just relaying the experience that I had. I thought ‘this’ but you tell me it’s ‘that’. Of course, it’s me, I am wrong.

We often forget that EVERY member of the audience is 100% entitled to their experience and opinion. They are right EVERY time. I am not saying dumb down stories, I am simply saying that a great story is a sophisticated work, filled with nuance and created with a deep understanding of craft and plenty hard work – and audiences see that and appreciate it.

Remember, as the story teller, you are failing if the reader or viewer ever strays from that masterfully predefined course that you have crafted for them.

Finally, a quote from an interview we did in the last Guerilla Film Makers Handbook with two successful TV and feature writers Richard Kurti and Bev Doyle – it’s their take on writing, development and rewriting…

Richard Kurti – Delivering on time, working without tantrums, the ability to take notes, to be able to listen to other ideas, to be able to go back to your draft, rewrite and deliver a very different draft next time round. People hand in 2nd and 3rd drafts that are no different from the 1st draft, because they weren’t taking onboard the notes they were given by the producers. When you hand in a draft, of course in your mind you think ‘we should go and shoot it!’ But you need to make a leap of understanding why it’s not right. Even now we find it hard to understand how a producer has read it, and not seen it the way we’ve written and imagined it. It’s really important to see it from their point of view, and then in subsequent drafts deliver something that is different. Producers like to know that you are listening to them and to their problems, and that there is a partnership. 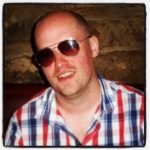