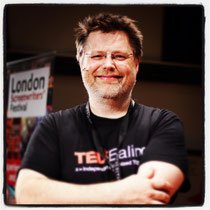 Nine months ago I had an idea for a competition to get screenwriters writing, filmmakers connecting with writers and making films. We had no budget and no sponsors, but it seemed like a good idea. So we did it.

The result was 50 Kisses, which we have taken further and more openly than any script or film competition that I have ever heard about – culminating into making a feature film from the films submitted.

As you know, we have made many modifications as we went along with the process. Each time correcting something that ‘we didn’t know that we didn’t know’, and in my view, improving the process and experience.

For instance, when we closed the script competition, we offered notes (along with community feedback) to the winners in order that they could improve their scripts. Most writers responded to this and worked with the community to make their scripts even better.

When the films came in, much like the scripts, we could see that almost all of them needed more work Some considerably more than others. Most filmmakers engaged with the process and those filmmakers films are better for it.

And so… We stand at a crossroads.

Some tough choices lie ahead.

I thought I should share where I am at, this simply for transparency.

What it really comes down to now is this.

Is 50 Kisses an interesting community film project that will run for three hours, or, is it a film showcasing talent that people will actually sit and watch (outside of our friends and family)?

So let’s review the original proposition.

50 scripts get made by the filmmaking community and we choose the best one from each script – making ‘50 Kisses’ the feature film.

And our longest submission was 12 minutes. Most films are around four minutes long. We did hope more would be around the two minute mark. At an average of 4 minutes each, 44 films will make 176 minutes without titles.

And it’s time for me to say the one thing that no-one wants to say. Some of the films are not up to pro standards – camera, acting, editing and sound are quite poor. I applaud those filmmakers for having a go, but those films are first attempts and experiments. Should they really be included in their entirety in 50 Kisses? What do we honestly think a critic from a newspaper or member of the public would say? Sorry, but this one just has to be tackled head on.

OK, so let’s consider what would happen if we take Door Number One and we make 50 Kisses a grand ‘community’ project, including all the films that are the best for each script. Here’s what I think will happen in that case.

We create a new film out of everything we have. Remember films are made in three stages – the script, the shoot and the edit. A great editor would now look at the films as raw footage and make the best possible movie from that material.

Here’s what I think will happen if we take Door number two.

But it is where we find ourselves right now.

And believe me, looking at workload of editing a bunch of shorts together back to back and calling it a movie is a LOT less work than what myself and the whole team face if we take Door Number 2.

Nonetheless, I remain committed to making 50 Kisses a world class movie out of the material we have (and there is a ton of great stuff in there), a movie we can all be proud of and get excited about, and I remain a humble servant of the audience, my boss.

I welcome your thoughts. 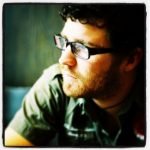 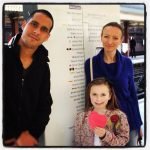 Acting in the 50 Kisses Project