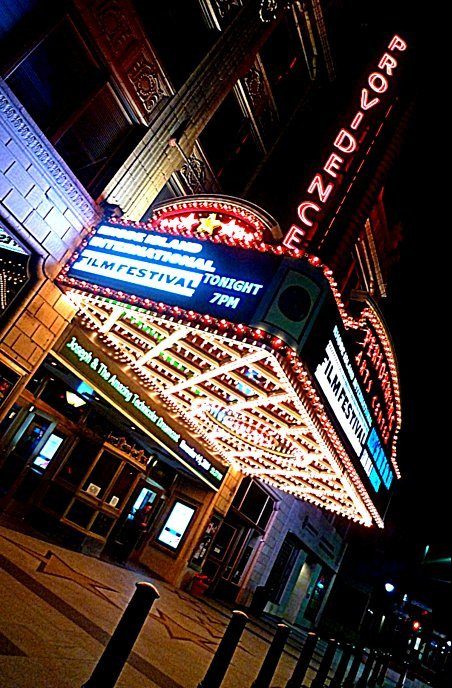 Well that was quite a journey..   From filming our short film Love in London  …to Edinburgh, New York,  Genesis Cinema, and finally Rhode Island International Film Festival. …and being applauded by 3000 people.

50 Kisses – the Directors Cut  …or as I like to call it 50 Kisses with Love finally got shown in the full uncut original version at its North American Premiere at the Rhode Island International Film Festival …and walked off with the 2014 International Vision Award.

Two for the price of one

One of great things about the 50 Kisses project was that each short film could have two lives. As an independent short and as part of the 50K main feature.  So our film Love  was first screened in festivals and won awards …and then had a separate existence as a segment within 50 Kisses, gaining a even wider audience

As this was the first screening of the uncut version with Love, Chris volunteered me to go over with him ( I didn’t need much persuading )…and then couldn’t go himself.  So I ended being a Chris Jones body double.  …Didn’t fool many people.. 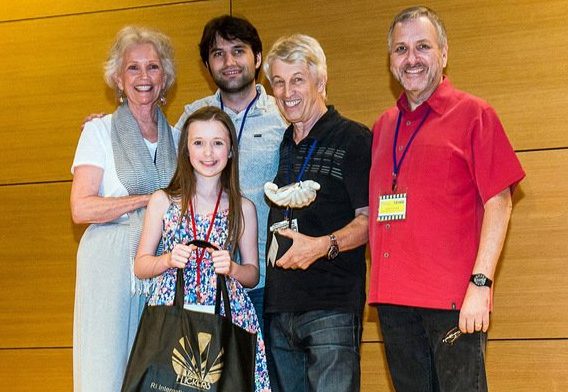 Elvis has left the room

Though I did meet Chris’s other woman ..the wonderful Marlyn Mason, who told me all about this famous person she had worked with   …Chris     …apparently you both were seen lying on the pavement outside the Performing Arts Centre after Gone Fishing won Best Film?

(…oh and she also worked with some guy called Elvis.)

So how come I got applauded by 3000? Well the first morning I met up and had lunch with the Rhode Island Film Commissioner. (Presently working with Woody Allen, who’s filming in Providence nearby.)   So when he launched the festival that evening at the magnificent 3000 seater  Performing Arts Centre, he started off by asking if the first filmmaker, who had come all the way from England, could stand up.   So I got applauded for being English!

By complete coincidence Holly, my little star from Love and her family were traveling though Rhode Island the weekend of the awards.  How weird is that?   So I introduced Holly ..an award winning filmmaker in her own right  and the youngest filmmaker there …to Marlyn  at 74 the oldest filmmaker.  ..over 60 years between them!    It was brilliant that Holly and I were able to accept the award on behalf of the 180 filmcrews and 2000 filmmakers who’ve been involved in 50 Kisses 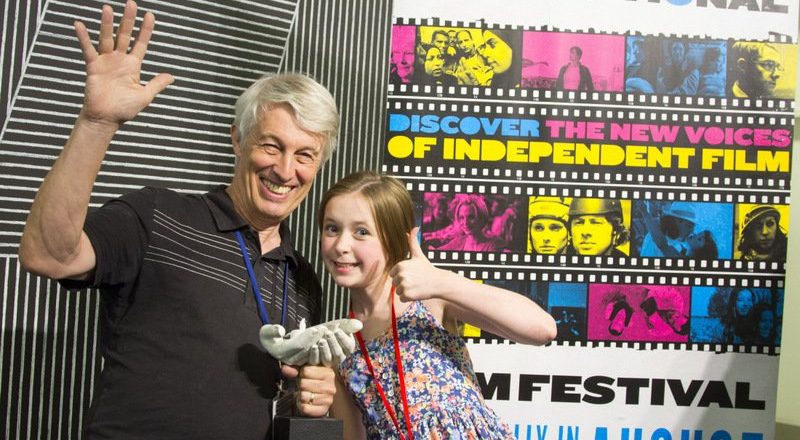 I see that Chris reckons Rhode Island Film Fest is one of his six best. I agree… and I think that what makes a good festival is the people who run it. The  RIIFF bunch are lovely. They really do go all out to look after filmmakers. So many filmmaker breakfasts, brunches, events, forums and parties.  Writing and low budget filmmaking can be a hard and thankless experience at times, so it’s good to meet a load of other filmmakers… and be treated like a celebrity for a bit… just don’t let it go to your head. 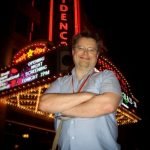 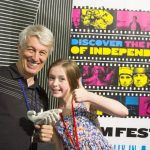 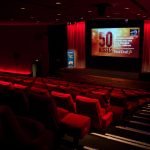