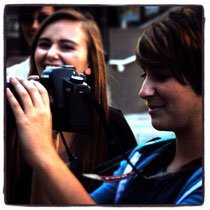 I came across the 50 Kisses competition two days before the script stage was about to close, and I told myself, “I have to do this.”

Not only is it an amazing catalyst for up-and-comers’ careers, but getting to collab with writer’s and filmmakers all over the world sounded like a life changing experience. I was in!

Aside from filmmaking, writing is one of my passions. So against my better judgement that two days was not enough time to turn in a well developed script, I did it anyways. Turns out that inner voice was right. Two days was not enough time because my script didn’t get chosen. But that was okay with me! I dusted myself off and prepared to go at it again, this time in the filmmaking competition.

When I came across “Practice Makes Perfect” by Mark Pallis I knew that was the script for us. From the moment the comical flashbacks started I immediately thought of my hilarious brother, Shane Skelton, who I knew would be perfect for the role. And then there was the sweet girl in the script, and I thought of the equally sweet-in-real-life Kelsey Hrach. I connected with the script in ways I didn’t think I would. I love dramas and this was far from that, but there was something about the like-ability of the plot and the characters that I couldn’t deny. There was no thinking about it that I already had the best camera girl/cinematographer around, Nikki Debbaudt. We jumped on this opportunity without looking back and started to climb the hill of our first major challenge in this project: raising the funds.

As we moved into pre-production we decided that our best chance at raising enough money for the film was going to be through Kickstarter. Let’s be honest, we’re two basically broke college students who needed outside help. We had big plans in mind with a small budget. We were only asking for $500. So we quickly made a profile on Kickstarter describing ourselves in ways that would appeal to the film community (I was an intern at Warner Brothers and Nikki went through the InnerCity Filmmakers program) as well as put up cast and writer bios. This alone felt like a big accomplishment for us. We were officially producers! With the help of friends and family, we were slowly getting backers. And then one day we were ecstatic to find that a stranger had backed us with $200! We were thrilled that someone other than our friends and family believed in our short film. But it got better- another stranger backed us by $150! We were getting so much outside support we were blown away. Now the pressure was on to make this the best possible film. Enter actual production.

As a two woman team we had a lot on our hands on the first day of filming. We were simultaneously directing. Nikki was juggling adjusting the lighting along with doing the actual filming and I was working on our actors’ wardrobe and makeup. And because our locations had so generously been lent to us for a certain amount of time, we had a time constraint. But it was doable and we did it. Our friends and family volunteered to help us out with anything we needed and we got the most amazing shots by the end of the day. And, if I remember correctly, Shane said that if he was the boy in real life he would have “gone for it” in the movie theater scene. So that made our day! If there’s anything we learned that day it’s that there are various ways to make a make-shift dolly for your indie film (like a wheelchair) and that lighting is not something to take lightly. It’s really hot and takes a while to set up and figure out. Lessons learned.

One of the hardest things about shooting for us was finding time. We’re both in school and have many projects going on, but we knew this needed our undivided attention. Often times we filmed through the night, like in the exterior theater scenes. And we also had to find creative ways to shoot some of the scenes-like sticking our heads out the window of a car to film the bike riding scene (thanks Dad for your good driving skills). Editing was another challenge we had to work hard to overcome. Well, one that Nikki had to work hard at. She took the reigns on editing and I am so proud of her! I know sitting in front of her laptop for hours was hard, but it was clearly all worth it in the end!

Some of the other amazing things we got to experience while doing this short film is having an original song featured and collaborating with the writer. Mark Struhs is my Uncle and he is such a talented singer/songwriter. I asked him if he would be interested in recording a song for our short film and he jumped at the chance. He read the script and came up with “First Kiss” not too long after. The end product is a cute indie type of song that we are so proud to have featured in our film. Our fingers are crossed for him in the “Best Original Song” category and we know we will be seeing more of his work soon. Collaborating with Mark Pallis, the writer of “Practice Makes Perfect” was also another awesome experience. We loved that he was so open to having filmmakers interpret parts of the script in different ways and he gave us outstanding constructive criticism. It’s so nice to have support from the writer and we can only hope that he loves seeing his work come to life in our vision of the film.

In the end, for two 20 somethings (well I’m almost 20) this experience has been a dream come true. We feel lucky to have been able to participate in the 50 Kisses competition and we are grateful for all the hard work that the program directors over at 50 Kisses are doing. We hope our short film in it’s end product gives back to what our backers, friends, and family supported us for in the beginning. Even though we are still young, we have worked so incredibly hard to make our goals reachable and I know we have no thoughts of slowing down anytime soon.

If you have any questions at all about the production of this film, feel free to leave a comment on our page and we will be happy to answer you! 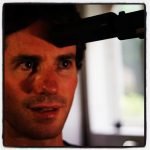 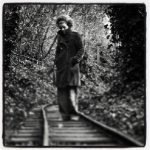