The 50 Kisses competition changed my life by Nathan Gower 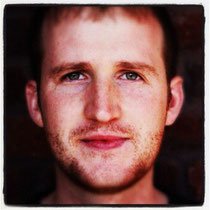 There. I said it. In all its seemingly hyperbolic glory, that first sentence is completely valid and one that I will stand by, regardless of whether or not I ever have the pleasure of seeing another of my scripts make it on the “big screen.”

Let me give you some context. From my earliest memories (watching THE WIZZARD OF OZ over and over again until the tape stripped from the VHS), I have been in love with movies.

As a child, I devoured movies, and as I grew older, I dreamed of making them myself. Like most Americans who don’t live in the shadows of Hollywood, though, I knew that making movies was an impossibility; it was a magical process that a select few “chosen ones” were able to do, by birthright or divine appointment. So I gave up a dream that I really never let myself have in the first place, and I focused on a creative outlet that middle America told me WAS attainable: fiction writing.

Fortunately, I found some success: I’m proud to have a smattering of fiction publications here and there, along with an outlying poem and academic essay. I parlayed that into an Assistant Professorship at a small liberal arts university where I teach literature and composition. It is a fantastic job, and I have a great family and life.

Last year, though, an anguish that had been eating me alive for years came to a head: I couldn’t accept the fact that I had skirted my first writing love, screenwriting, because I was too scared to ever give it a go, because the odds against success were so daunting. I decided, then, that I would leave off fiction writing for one year and focus on learning the craft of screenwriting (I know, I know… one year? I was setting myself up for failure from the start, as one year is hardly enough time to scratch the surface of a new craft). If I didn’t have any “success” (whatever that means) after one year, I would turn fully back to my doctoral studies and fiction writing.

So I wrote a flurry of short scripts, and along came 50 KISSES. I remember Chris Jones tweeting something along these paraphrased lines: If you want to be a screenwriter but don’t have the discipline to write a two-page short, you need to find another career path. So as part of my screenwriting experiment, I took the challenge, and my script, “Colton’s Big Night”, found its way to the winners list.

In addition to the pure thrill of being a winner in the competition, the collaborative effort has been amazing. The feedback I received on the forum was a simply brilliant experience. Some of the notes I readily took, and some I didn’t think would strengthen the script; but I found each and every note to be helpful in some way as I tried to not only create the best “Colton’s Big Night” that I could, but as I continue to learn the craft on the whole. Working with individual filmmakers has been fascinating, and I have been blown away by the different ways my little script has been interpreted. What I’ve enjoyed most about working with the filmmakers is that the conversation has been well rounded, and the filmmakers have truly sought my opinion and advice on their interpretations.

Since winning the 50 KISSES competition, I have been named a finalist and runner-up in other screenwriting competitions, and I have been contacted by a few production teams who are interested in seeing more of my work. But the biggest impact the competition has made on my life (as clichéd as it sounds) has been internal, not external. I have a cautious optimism about my writing, and I have forged into a feature script project that I genuinely believe will be successful. I don’t know what level of success I was expecting out of this year of screenwriting, but I can say for certain that I have met it; and so I have the green light to continue the pursuit, learn the craft, and hopefully see more of my work make its way into theaters.

P.S. If you have interest in learning about (or producing) a feature comedy about a self-destructive father dragging his prankster daughter across the country to crash his ex-wife’s wedding, feel free to contact me about my spec script NOTHING HAPPENS IN ECHO HEIGHTS. 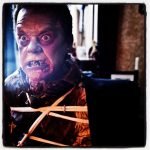 Jo Buckman on her RomZom ‘You Used to Bring Me Flowers’