‘The Price Of Romance’ by Rachel McAdam 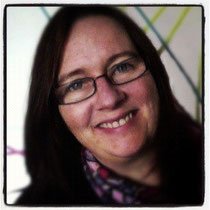 Last year I’d entered the LSF scriptwriting contest and had been mortified to discover I’d used the most common scenario. Determined not to be caught doing that again I brainstormed manically until I came up with the idea of a future more elaborate version of Skype where the holographic images of ourselves who did the ‘kissing’ developed minds of their own. Then somehow that idea met my distaste at Valentine’s Day shop displays and became The Price of Romance – a supermarket scanner falling in love with a checkout girl – all seen from the pov of the scanner – at least the chances of someone else coming up with that idea were pretty rare….

When the fifty were announced online I was in London for the Olympics on a rare foray away from home. I remember counting the seconds as the latest sport news blared away in the background. The first hundred names appeared and I scrolled down to P, where my entry had been previously. My heart sank. Then I realised that unlike the long-list my script had been given a ‘The’ and I was there after all. Wow.

My elation was short-lived though as the final fifty appeared and this time I really wasn’t on the list. But, hey ho I was one rejection closer to my target of a hundred (when I’ll definitely have to consider giving up) and at least I’d done better than last year.

Several weeks later, I’d read all the fifty scripts and had been wowed and moved by each of them. Suitably impressed I marked the release date in my diary and sat back to wait so see the finished film, but then I received an email from Gail asking for my phone number – whatever could she want?

A. Two people had dropped out and would I be happy to take their place – I mean… would I ????

The scripts had just gone out to the registered film makers so they were to be sent the two substitute scripts too. These two scripts went to the top of the list and very soon people were reading and commenting. Hooray!!!

Gail suggested I rewrite to make the script easier to film – perhaps in a smaller shop…The new, more intimate setting heightened the intimacy and between my human characters. Yes, now my script had added human factor.

Then I received another email, this time from Deanna at Gull films with the news that they were going to make my script. They had an actor lined up already and were auditioning another. Somehow this news more than any other induced a real glow of pride in me. Actors, speaking my lines, a film maker filming my scenes – WOW. I’ve been writing scripts for a couple of years but had nothing produced – I guess you’ll always remember your first time, but that your first time is when a group of other people believe in your script enough to go to the expense to make it is something else.

Deanna wanted to speak on the phone – which was great because I got to gush and say thank you to her for picking my script. She had some super ideas which we knocked round together and I wrote another draft. It felt great to be collaborating and it was a real delight to be kept up to date. She told when filming was taking place and I could walk around that day, my head a little higher, a smile on my face thinking, ‘they’re filming my script today’.

Then Ross, at Ikonic films signed up and he had another take on it and that was interesting to hear about. He seemed happy to run with it, and that was fine too. 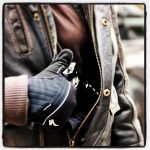 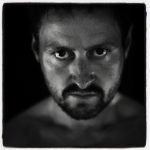 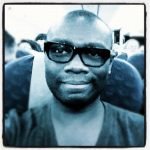