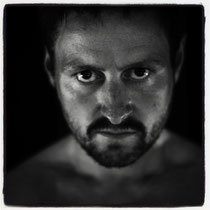 As soon as my girlfriend told me about 50 Kisses, I knew I was going to go for it. I’d never entered a writing competition before but this seemed like a no brainer to me.

2 pages? Anyone can write 2 pages in a month, right? My girlfriend keeps encouraging me to write more and I couldn’t really say I didn’t have time to write a 2 page script could I?

The possibility of a writer’s credit in a feature film and the opportunity to network with industry people from all over the world were the cherries on top of an already tasty looking proverbial.

My first couple of ideas came and went, starting with excitement but ending shortly after with frustration and apathy. I started to wonder if I’d find an idea in time that was worthy of submission.

My first breakthrough came while I was scanning through the finalists of a photography competition aimed at increasing awareness of autism. A photograph of a young autistic boy with his teddy caught my eye. In the description, the boy’s mum explained that he never let the teddy out of his sight and it had been invaluable in helping him to connect with his family, as he refused to hold anyone’s hand but would happily ‘hold paws’ through the teddy. My son, Luke, has Asperger Syndrome so I was obviously drawn to the idea and instantly had a closing shot in my head of a little boy and girl holding either paw of a teddy in a school playground. The preceding story fell into place in a matter of hours and my first draft was met with reassuring ‘Awws’ from all who read it.

Then the announcement came that writers could now submit a second script. At first I wasn’t sure if I was going to bother with a second effort, but after a late night discussion about past relationships and break-ups, another idea was starting to take shape.  I drove home thinking about the destructive power of love and where blame lies when it comes to the pain felt when a relationship ends. What about the pain caused by betrayal and the instinctive need for revenge that can come with it? How far would someone go to exact their revenge and could it ever be justified? I had my second story.

A couple of weeks and some last minute rewrites later, I submitted my 2 precious babies with about 20 minutes to spare. Time to wait. I asked a few trusted friends to read through both scripts and was pleased to be met with consistent approval for both, with most people feeling that the cute ‘Jack’s Teddy’ had a better chance of being selected than the darker ‘Never Forget.’ Predictably, I started to get my hopes up and as the release date for the long list approached I started to question how I’d feel if neither of my entries made it through the first cut. I had no idea what the standard would be like so I really couldn’t gauge my chances, although I knew I’d be devastated if I didn’t make it. The day of reckoning arrived and I was ecstatic to find both my entries had made it through! The relief of making it through the first cut was soon replaced with even greater excitement. Could I actually make it through to the final 50?

The next few weeks were tortuous as I checked the website and facebook page daily to catch any updates and blogs from Chris and the team. I was sure that if I had any chance it would be with ‘Jack’s Teddy’ because even though ‘Never Forget’ was my personal favourite, I felt it would be too dark and depressing for a film due to be released on Valentine’s Day! Imagine my shock then when the day arrived and there it was in the final 50… ‘Never Forget by Peter Carruthers’!!!!! I don’t think my kids have ever seen me so excited, I ran round the room hugging and kissing them, which didn’t impress Luke when I caused him to fall off Rainbow Road in Mariokart, “DAD! I was winning then!”

I knew straight away that I wanted to make a version of it, regardless of whether other filmmakers decided to go for it too. We’d just finished post production on my first short film ‘Fallout’, which follows an army veteran suffering with PTSD as he struggles to fit into civilian life. I loved the process of acting in and producing a film that I’d written and therefore had a message that I was passionate about.

I sent the script for ‘Never Forget’ to my trusted team, Dan Price (director) and Ash Tidball (sound wizard). Luckily, they loved the script and the idea of the competition so we quickly got to work, although they did make me promise that the next film I make with them would be more cheerful.

The last couple of months have been chaotic but exhilarating as I’ve had to juggle the production of ‘Never Forget’ around the distribution of ‘Fallout’, (the reaction to which has blown me away) spending time with my kids, rewriting a play and the small matter of full time 12 hour nightshifts in a soul sucking call centre, which is where I find myself writing this blog at 3:24am on a Monday morning (don’t tell the boss).

We wrapped filming yesterday as the sun set over a thankfully dry Manchester with fake blood still drying on the pavement. The team pulled together brilliantly, enough of the extras turned up to make the bar look busy and I’m now very excited about the next week or two of turbo charged post production. Director Dan is already beavering away with the rough cut and once I’ve got my 4 night shifts done we’ll have a big edit night on Thursday to get it picture locked before Ash works his magic on the sound.

I’m confident that we’ll have a great little film by the 27th and really hope it does well in the competition, but I’m also excited to see what Carolina (Brazil), Max (randomly also in Manchester) and the other teams signed up to make ‘Never Forget’ come up with. I’ve not really had much feedback from any of them as yet. Carolina replied to my first email saying she enjoyed the script and was putting a great team together, and Max called me to discuss a small change to the script, but apart from that it’s been pretty quiet. Maybe they’re cautious because I’m making my own version and they don’t want to give anything away, which is understandable I suppose.

These last few months have truly changed my life, the success I’ve had in this competition as a writer already and the fantastic feedback I’ve had from my first film ‘Fallout’ have given me the belief that I can make a real impact as a writer and filmmaker. I’ve also had fantastic support from my amazing girlfriend and fellow actor/writer, Emma Kenny, who not only alerted me to the competition and encouraged me to enter, but also plays the part of ‘Lauren’ in our version of ‘Never Forget’. She never stops believing in me and is great at giving me a well needed kick up the arse when I say I don’t have time to do what I want to do.

I’m reminded of a line from a play I was in recently about Jack Kerouac which really resonated with me and has stuck with me since.  In the play, Jack was talking to a woman who wanted to write but kept putting it off ‘until the time was right’. He asked her “What do farmers do? They farm. What do fishermen do? They fish. So what is it that writers do?……”

So that’s what I’m doing, I’m a writer, so I’m writing and absolutely loving it. Then one day I hope I’ll earn enough from doing what I love to be able to quit this mind numbing nights job for good. And now it’s 4:09am so I’m going to get a coffee. See you all at the premiere! 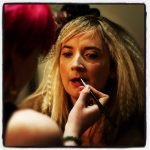 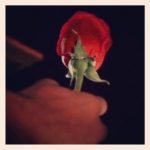