How 50 Kisses got me writing… and I now have a Manager in Hollywood, by Rob Burke 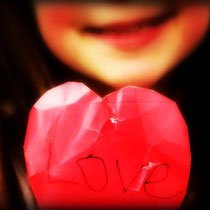 With the premiere of the feature length film coming up, I found myself thinking about what has transpired since that day in July, over a year and a half ago, when I found out my script, LOVE, was one of the final fifty short screenplays chosen to be part of the 50 Kisses project.

Actually, let me back up a little.

I should start at the point when I decided to actually enter the contest.  I was staring at my computer working on yet another script that I knew in my heart was never going to get finished.  I had a folder filled with about 20 of these “unfinished” scripts and was beginning to let doubt creep into my head as to whether or not I could actually become a screenwriter.  As happens a lot when not invested in my writing, I got distracted and starting surfing around to various screenwriting websites.  I somehow ended up on the London Screenwriting Festival’s site and saw the ad for 50 Kisses.

So I scrapped my feature length script and started brainstorming ideas.

After a week or so, I probably threw away five to six different ideas and the same amount of short scripts.  Nothing worked.  My goodness . . . if I couldn’t even write a two page script, maybe I wasn’t cut out for this writing stuff.

I let things sit for a few days and then one morning woke up with a singular vision in my head . . . a little girl handing a valentine to a strange man on a bus.  That was it.  Doesn’t seem like much, but believe me, it was like someone had imprinted a photograph in my head.  It was that clear.  I couldn’t shake it.  The idea for LOVE was born.

Finally, the deadline to submit the script to the contest arrived and I had no choice but to just let it go.  And that’s what I did.  I sent the script off into the ether, thinking there was zero chance the story would be picked.  Many thoughts started running through my head:  “It’s too dark” . . . “nobody will connect with it” . . . “not enough dialogue” . . . “you’re just not good enough” . . .

Those thoughts continued up until the day I found out LOVE had been chosen as one of the fifty.  What a great feeling that was.  However, you know what was really cool to me?  Knowing that my little script had the chance of making it onto the big screen.  That’s the whole reason I had started my screenwriting journey . . . to see my words transformed into an actual movie . . . to see the images in my head put on the big screen.

Thanks to Phil Peel, the actors, and his entire crew, the script was turned into a brilliant short (yes, I may be biased).  I did everything I could to get it out there so people would see it . . . got it on Scriptshadow . . . on the Black List blog . . . even on an industry insider tracking board.  Even better, Phil’s been taking it around to festivals where it’s been warmly received.  I don’t really have the words to describe how proud I am of LOVE.

Winning also did another important thing in my writing journey – it gave me confidence.  Confidence in knowing I was on the right path.  Confidence in realizing that I hadn’t unnecessarily walked away from a stable career and dared to dip my toes in unknown waters.  Now, I was realistic . . . I didn’t expect this script to blow down the doors to Hollywood and lead to an immediate career writing the next Oscar-winning script.  What I did expect, however, was that if I just kept writing, good things would happen.

So . . . here I am one year and seven months later . . . and you know what?  I was right.  By continuing to write, good things did happen.  I kept pressing on.  I kept writing.  I kept finishing.  The net result since winning 50 Kisses is that I’ve completed several full length scripts – each one better than the next.

And the really good news?  I just signed with a Hollywood management company.  I understand it’s just another step towards my ultimate goal of getting a feature length script sold and hopefully made, but boy, when I take a moment to look back, I’m extremely grateful for the momentum 50 Kisses provided.  And for that, I’m extremely grateful.

I wish everyone much success and hope the premiere ends up being a fantastic event.